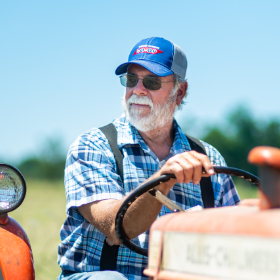 From a long line of dairy farmers, Lanny was used to hard labor and the physical pain that goes along with it. But when the stabbing pain in his ankle was enough to stop him from driving his tractor, he knew he needed a drastic solution. 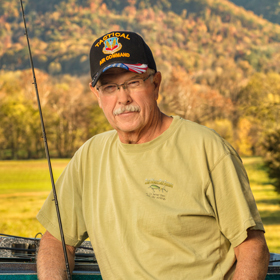 Farmer, fisherman and proud grandfather Bill was enjoying retirement. Then pain (what he thought was back trouble) began to prevent him from keeping up with his grandkids and made him give up fishing. But the doctor told him it wasn’t his back at all. He needed a new hip… 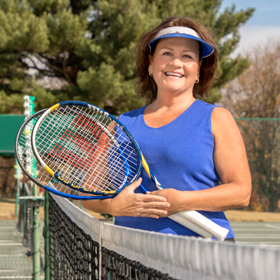 Becky could hardly get in and out of a car due to severe hip pain. Playing on the floor with her grandchild was out of the question. When she began hobbling so badly her co-workers said she looked like she was 100 years old (she was just 56), she knew she needed to see a doctor… 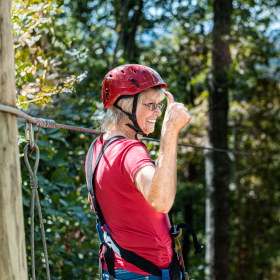 Dolores always wanted to fly on a zip line, but that looked like it wasn’t going to happen. Nagging hip pain was becoming unbearable. Nothing seemed to make it right – until she sought help. Now Dolores has crossed zip lining off her bucket list, and she has more enthusiasm for adventure than ever. 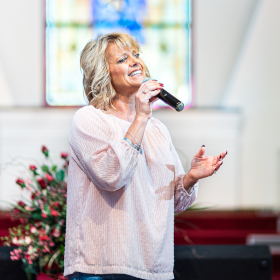 Years of basketball, cheerleading and running left Melissa’s knees in bad shape. Despite several surgeries, she wouldn’t slow down her worship ministry or volunteering. But the knee pain made her realize she couldn’t keep putting off surgery. With a new knee, she can now focus on what matters most. 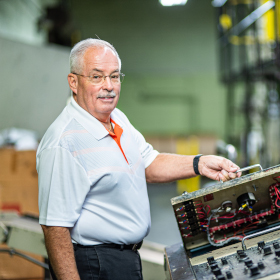 Dale wasn’t going to let weak knees stop his fun – his granddaughter’s soccer or basketball games, time with friends, and certainly not the 25th reunion of the commissioning of the USS Greeneville, which he helped name. Now after knee replacement surgery, he can be the life of everyone’s party. 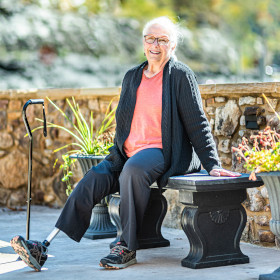 Jackie lost her leg in an accident in 2018, but it didn't slow her down. There’s hardly a day of the week that she isn’t attending a community program, participating in a Bible study or having lunch with friends. When her other knee started giving her problems, she knew she had to do something. 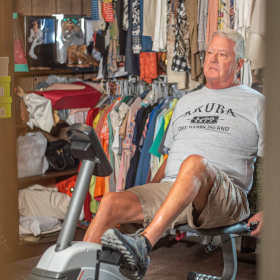 Jim and his wife looked forward to retirement and travelling the world. But when his knee started giving him fits, sitting in cars and airplanes was nearly unbearable. When Jim finally got the knee replacement his doctor had been bugging him about, it was life-changing. Now their bags are packed. 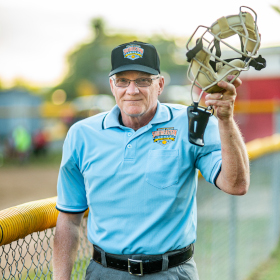 A pharmacist and referee, Kris was on his feet all day. But each baseball, softball, football and basketball game caused more wear, tear and pain on his deteriorating knees. He thought he might be headed for a wheelchair. Now, thanks to his new knees, he’s officiating pain-free and ready to play ball. 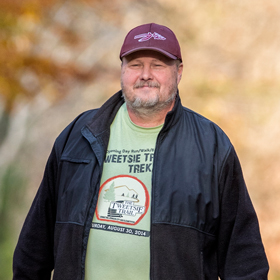 An avid athlete in his younger days, Mark spent his adult years hiking and backpacking. But then knee pain forced him to pack lighter and take shorter trips. Soon the 59-year-old history teacher had to give up hiking. Then on a trip with his father, Mark decided he couldn’t live this way any longer… 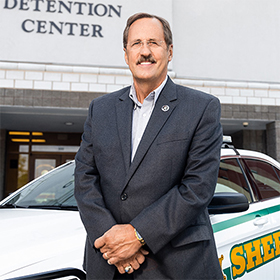 I was playing basketball two nights a week and playing golf. My knee was bone-on-bone and the doctor said I had to quit playing. Not being able to play basketball might not sound like a big deal to most people, but it was huge for me. I’ve been playing basketball all my life… 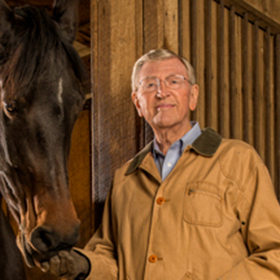 One by one, 86-year-old Carl’s favorite activities became increasingly more painful. Walking the hills on his farm. Mowing. Climbing steps at his granddaughter’s volleyball games. Working out at the Y. When the pain reached a level that kept him from doing anything, it was time to see a doctor… 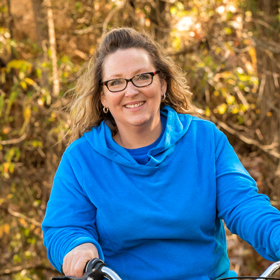 At 48 years old, Jennifer didn’t dream knee replacement surgery would be in her near future. She was a busy respiratory therapist in Johnson City, walked 15 to 20 miles each week and ran 5K races. Then while watching television one day, she did something she lived to regret… 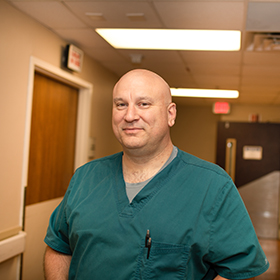 Matt lived with unrelenting pain in his right shoulder. It was so bad, the 48-year-old CT technician only slept a few hours each night. He tried patches and progressively stronger painkillers. Nothing worked. His shoulder felt as if someone was constantly stabbing him. He had to do something… 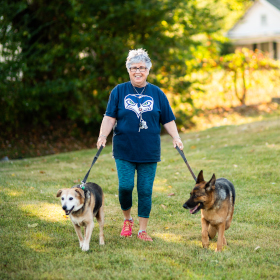 Nancy has always been active – hiking, skiing, mountain climbing. But, her shoulders weren’t keeping pace. She consulted with Dr. Jonathan Clark, about having her right shoulder replaced. To her surprise, shoulder surgery has changed her life for the better and now she can stay on the move.

Read the rest of Nancy’s story.