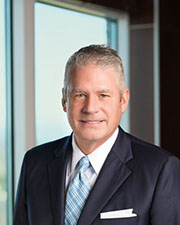 Deaton has served in leadership roles in Tennessee, Virginia and South Carolina for about two decades, providing vision and strategic thinking to help take organizations to the next level. Previously, Deaton was Wellmont Health System’s executive vice president and chief operating officer.

He has also held the title of market president for LifePoint Hospitals. There he directed the collective operations of Danville Regional Medical Center and Memorial Hospital of Martinsville, both in South Central Virginia. He also served as president and chief executive officer of Danville Regional from 2010 until 2013.

Deaton is a fellow of the American College of Healthcare Executives.