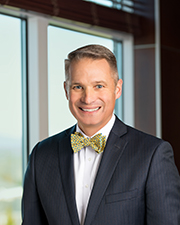 Dr. Noland became East Tennessee State University’s president in 2012, having previously served as chancellor of the West Virginia Higher Education System.  During his tenure with ETSU, Dr. Noland has led a series of initiatives to upgrade the campus physical infrastructure, yielding the most significant investment in new buildings in several decades.  He has also led efforts to restructure the institution’s student success efforts, resulting in the highest graduation and retention rates in the history of ETSU.

In addition to his leadership on campus, Dr. Noland is a member of the board of directors for the Tennessee Valley Authority, the Bank of Tennessee, and the Chamber of Commerce serving Johnson City, Jonesborough and Washington County.