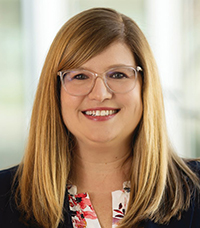 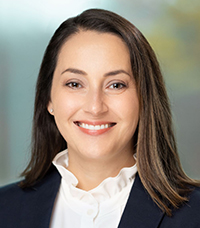 Alison Johnson, MSN, and Britney Edmiston, FNP, were named as vice presidents and chief nursing officers at Johnson City Medical Center and Bristol Regional Medical Center, respectively. Both have established strong careers at Ballad Health, and combined, they bring more than three decades of experience to their new roles.

“Alison and Britney have been incredible contributors to the nursing profession and are passionate about the people who choose to go into nursing as a calling,” said Dr. Lisa Smithgall, Ballad Health’s chief nursing executive. “We are thrilled to select these two longstanding team members who have flourished in their careers – they will be terrific mentors and leaders for our nursing professionals, particularly those who aspire to advance into leadership roles of their own.”

“Alison has a genuine love for the people of this region, and her passion, positivity and willingness to take on any task excite us about the future of our nursing leadership.”

Johnson has served as a bedside nurse, nurse manager and director, and since February, she has been the hospital’s assistant chief nursing officer. She holds bachelor of science degrees in business management and nursing from East Tennessee State University, and she earned her master of science in nursing from King University.

She was a 2018 “40 under Forty Honoree” and a 2020 Healthcare Hero, both selected by the Business Journal of Tri-Cities/Virginia.

Edmiston started her career at Bristol Regional as a bedside nurse in 2008. From there, she became an assistant clinical leader in the emergency department and most recently served as director of patient care services.

“Britney is a proven leader with a long record of success and strong support from our clinical team members and medical staff, which she has earned through her service and excellent reputation throughout the hospital,” said John Jeter, chief executive officer of Bristol Regional. “She is a thoughtful and deliberate leader, with a keen focus on high-quality patient care.

“Britney is also passionate about the people who go into nursing as a calling, and she will be a terrific mentor and leader for our nursing professionals.”

More information about Ballad Health’s leaders, services and facilities can be found at www.balladhealth.org.